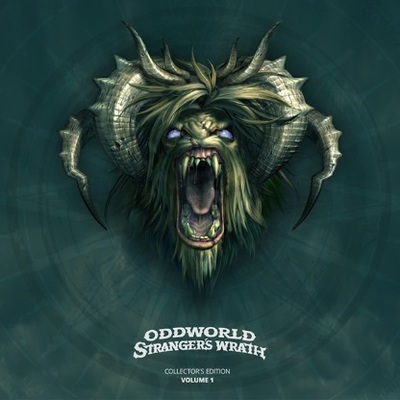 Oddworld: Stranger's Wrath HD launched on February 11th for PlayStation 4 and Xbox One. The HD remaster is also available for Windows through Steam and GOG.


The music score for Oddworld: Stranger’s Wrath features a dark, ambient style, where waves of subtle, often ominous sound wash slowly over drum beats that rumble like tribal thunder and pulse like a mechanical heart. The 25-track digital soundtrack is streaming on YouTube Music and Spotify and can be purchased through Steam and Bandcamp.

You're the Stranger, a mysterious bounty hunter on a mission to bag the ultimate prize. And you need that money like no one else because there is something very wrong with your health and the only way to fix it is a very costly operation. However the nature of your illness remains a secret and as you find out during the game, for a good reason.

Oddworld - Vinyl Soundtrack (OUT OF STOCK)

Oddworld: Stranger's Wrath HD due out on February 11th for PlayStation 4 and Xbox One, featuring music score by composer Michael Bross - https://t.co/GVcNgBZL0C pic.twitter.com/eKPuuJd4Fc