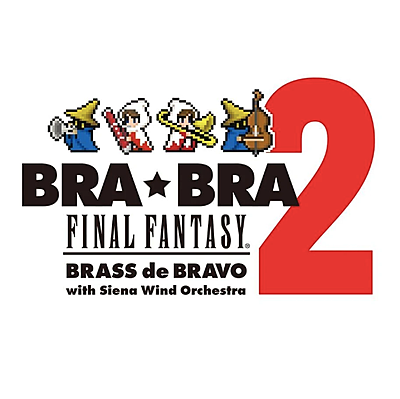 Performed by the Sienna Wind Orchestra, formed in 1990, the ensemble is led by chief conductor Yutaka Sado. The orchestra has tackled numerous genres, from classical music, jazz, film and game scores to brass band pieces and marches. Brass de Bravo Vol.1 includes brass renditions of “To Zanarkand,” “Moogle’s Theme” and “Airship Medley,” among other compositions by Nobuo Uematsu.

The second volume in the series includes arrangements of music from the series, including "Fight with Seymour," "The Man with the Machine Gun," and "Cosmo Canyon." Conducted by Hirofumi Kurita, arrangements for the album are by Tsutomu Narita and Shiro Hamaguchi, among other musicians. Supervision on Kefka's theme is by Hidenori Iwasaki.

Excerpts from the album are on YouTube, courtesy of the publisher. The digital album is available through the Apple Music, Spotify and Amazon Music streaming services.

Supervised by world-renowned game music composer Nobuo Uematsu, this album features all new songs performed by the Sienna Wind Orchestra! Tracks include fan favorites like Fight with Seymour, The Man with the Machine Gun, Cosmo Canyon, and much more.