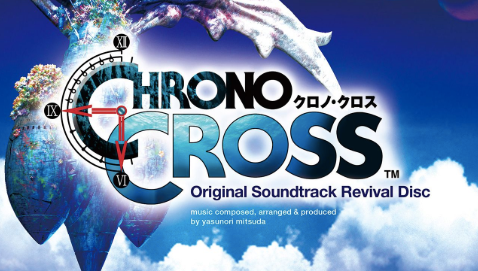 The three-hour Revival Disc archives music tracks from the PlayStation role-playing game, with a vocal performance by Noriko Mitose on the song "Radical Dreamers." A trailer for the publication can be viewed on YouTube.

Chrono Cross follows the adventures of Serge. Along with the tough-as-nails thief Kid, Serge journeys back and forth through two parallel worlds to uncover the secrets of his past and find the mysterious Frozen Flame. But the dangerous and mysterious Lynx is determined to defeat him. Travel through an alternate reality, meet new characters and get them to join your quest, and fight to save the world in this critically-acclaimed, timeless RPG.