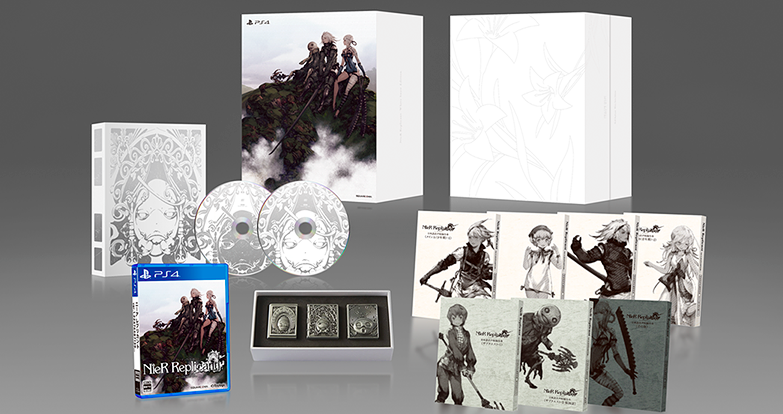 Square Enix's Online Store for North America has opened a waiting list for NieR Replicant White Snow Edition for Windows, Xbox One and PlayStation 4. The box set is scheduled for publication on April 23.

The digital soundtrack for NieR Gestalt & Replicant is available for streaming through Spotify and Apple Music. A crossfade trailer for the White Snow Edition's arrangements can be viewed on YouTube, courtesy of the publisher.