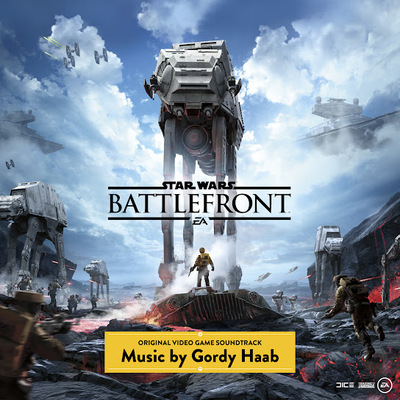 The soundtrack's stated aim was to appear in the game alongside John Williams score from the movies, introducing new themes in the tradition of the first six Star Wars films. The music score was recorded at Abbey Road Studios in London with the London Symphony Orchestra for the 2015 game publication.

Published by Electronic Arts, Battlefront debuted on Windows, PlayStation 4 and Xbox One. The third-person action game allows the player to choose between joining the Rebel Alliance or Imperial Stormtroopers, while traversing locales such as Endor, Hoth and Tatooine from the original trilogy, as well as Jakku from The Force Awakens.