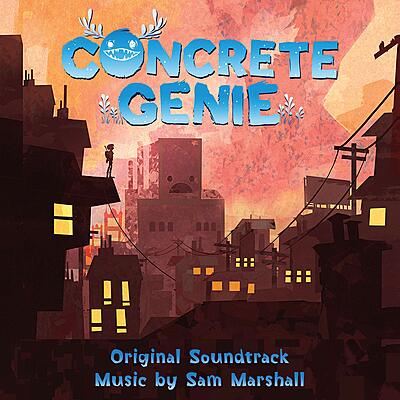 Cover art for the vinyl soundtrack is by Jeff Sangalli and Taylor Lambert, with layout by Brian Carmody, with mastering is by Telegraph Mastering. The twenty-track digital soundtrack is streaming on Spotify.

Pick up your magic paintbrush and start painting the abandoned town of Denska back to life as Ash, the imaginative teenager at the center of this touching action-adventure, exclusive to PS4. Surrounded by pollution and pursued by bullies, only you can restore this once bright and bustling seaside town, by harnessing the power of Living Paint to cleanse its streets and alleyways.