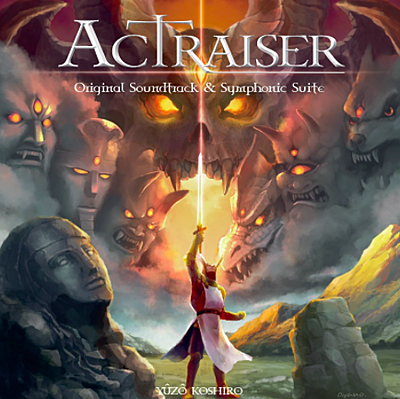 The 30th anniversary double marble blue vinyl release is scheduled to ship in March of 2021, featuring recordings of the Symphonic Suite concert, taking place during the 2018 Ancient Festival event. The vinyl soundtrack publication, featuring original illustrations by Ayano Koshiro, also ships through distributors Fangamer in Tucson and PixelCrib in Australia.

If that announcement has you looking for a chance to play ActRaiser in a somewhat less portable format, I've got good news!