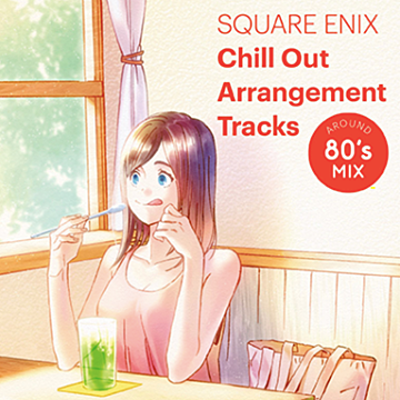 Square Enix's compilation of laid back arrangements of 1980's role-playing game themes is available for streaming through Spotify and Apple Music.

The 15-track album revisits melodies from Final Fantasy I & II for the Nintendo Famicom by Nobuo Uematsu, all three Collection of SaGa titles for Game Boy by Kenji Ito. Rounding out the album are themes from the action role-playing title Seiken Densetsu, alternatively localized as Final Fantasy Adventure, for Game Boy.

Arrangements for the album are by Lord Echo, Shingo Suzuki, Shingo Sekiguchi and Chris Gulino. Excerpts are streaming on YouTube, courtesy of the publisher.

These arrangements have been produced by a wide variety of domestic and foreign talent, such as global trendsetter, DJ favourite and treasure of New Zealand: Lord Echo, Ovall’s Shingo Suzuki and Shingo Sekiguchi from Origami Production, both well-known from Seki Jam, and London keyboardist and pianist Chris Gulino, who also works as director for Kylie Minogue and Brian Ferry, as well as many more. The album collects together mellow tunes that are perfect for sitting back and relaxing and is guaranteed to bring a blissful moment of calm to all game fans and those looking for a soothing musical experience.