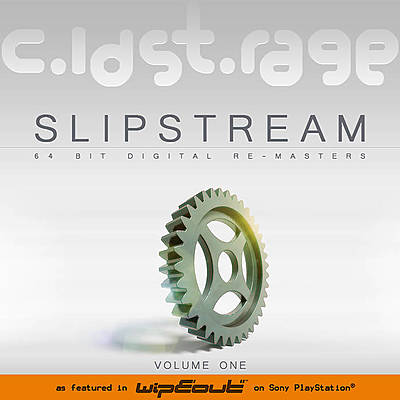 The twelve-track electronica album, mixed at Shoe Box Under The Shady Pines Studios, applies 64-bit digital remastering to selected tracks from the composer's scores from the Liverpool-based developer Psygnosis' racing games WipEout and WipEout 2097. The full album is streaming on the Spotify and Apple Music platforms.

Released for the PlayStation, Windows and Sega Saturn in 1995, WipEout takes place in the anti-gravity racing tournament of the year 2052, with tracks located in the United States, Canada, Japan and on the surface of Mars. The direct sequel debuted a year later, featuring new tracks, weapons and destructible vehicles.


From the Bandcamp product page:

SLIPSTREAM Volume One features 64 bit digital re-mix / re-masters of my tracks from WipEout and WipEout 2097. Each track has been painstakingly E.Q.'d, compressed and spatially enhanced for the best possible listening experience. It's been a long time coming - I hope you enjoy!