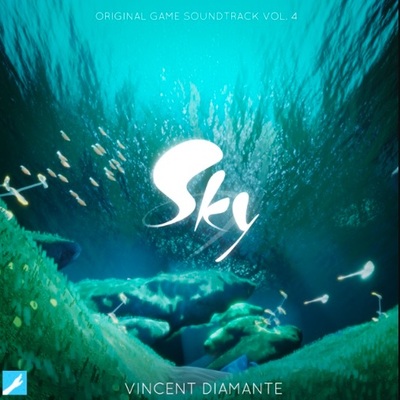 The fourth installment in the Sky soundtrack series, composed by Vincent Diamante, debuted during the 2022 Tokyo Game Show and is now available for streaming on Spotify and Amazon Music Unlimited.

Developer Thatgamecompany has announced that the multiplayer open world adventure game will launch on PlayStation consoles in December. Sky: Children of the Light was previously released for mobile devices, and more recently made its way to the Nintendo Switch console.

The first three installments of the Sky soundtrack series by Diamante are also on streaming services. A medley is streaming on Thatgamecompany's YouTube channel.

From the award-winning creators behind Journey (2013 Game of The Year) and the highly-acclaimed Flower, comes a ground-breaking social adventure that is set to warm your hearts. Welcome to the enchanting world of Sky, a beautifully-animated kingdom waiting to be explored by you and your loved ones. In Sky, we arrive as the Children of the Light, spreading hope through the desolate kingdom to return fallen Stars to their constellations.

What a wonderful world #thatskygame is bringing to Sony PlayStation. 🥰

Check out the full trailer: https://t.co/wWYOAmLkB1