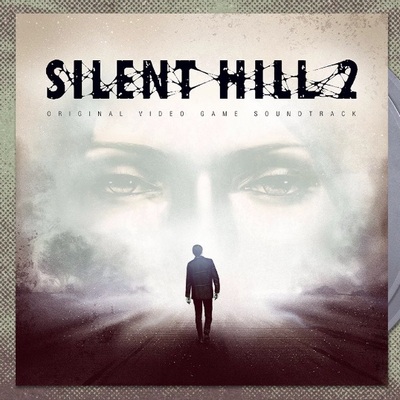 Artwork for the vinyl release is by Sara Deck, with mastering for vinyl by James Plotkin. The album is expected to ship in January. The Silent Hill 2 digital soundtrack, by series composer Akira Yamaoka, is streaming on Amazon Music Unlimited and Spotify.

Konami's celebrated survival horror title debuted in 2001 for the PlayStation 2 console. Protagonist James Sunderland is summoned to the small town of Silent Hill after receiving a letter from his deceased wife Mary. A remake for PlayStation 5 and Windows is currently in development at Polish studio Bloober Team.

In honor of the onslaught of Silent Hill news last week (including a remake of SH2!), we're restocking the soundtrack to SILENT HILL 2 on Silver Vinyl, and a lot more video game music on the site.