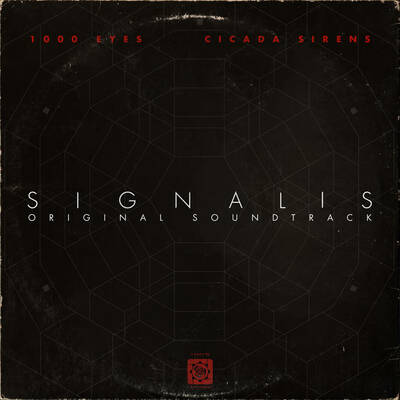 Independently developed by Barbara Wittmann and Yuri Stern of Hamburg-based studio rose-engine, Signalis is a survival horror game set in a surreal, dystopian environment. Music for the science fiction title is by Cicada Sirens & 1000 Eyes.

The 56-track digital soundtrack is streaming on YouTube and can be purchased via Bandcamp. Signalis is currently available for Windows through Steam and the Humble Store, along with Nintendo Switch, Xbox One and PlayStation 4 consoles.

SIGNALIS is set in a dystopian future where humanity has colonized the solar system, and the totalitarian regime of Eusan maintains an iron grip through aggressive surveillance and propaganda. Humanoid androids known as Replikas live among the populace, acting as workers, civil servants, and Protektors alongside the citizens they are designed to resemble.

The story of SIGNALIS begins as a Replika named Elster awakens from cryostasis in a wrecked vessel. Now stranded on a cold planet, she sets out on a journey into depths unknown.

ACHTUNG: SIGNALIS IS OUT NOW pic.twitter.com/XHPAUjSaJo

Sable for PlayStation 5 scheduled for release on November 29th