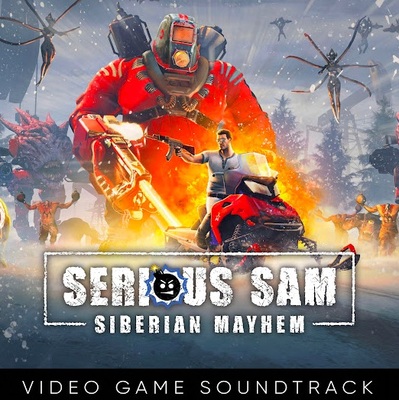 The first-person shooter, designed in collaboration with Timelock Studio, first arrived back in January through Steam and GOG. Timelock started out as a group of Serious Sam modding enthusiasts, and also participating in playtesting Serious Sam 4. Croteam greenlit an 80-page design document submitted by Timelock, planned as DLC but later expanded into a standalone title.

Music for Siberian Mayhem is by series composer Damjan Mravunac. The nine-track digital soundtrack is available for purchase on Bandcamp and Steam, as well as streaming on Spotify and YouTube Music.

Welcome back to the world of Serious Sam in 'Siberian Mayhem' - a new standalone chapter in the adventures of 'Serious' Sam Stone. Make your way through the vast Russian landscapes on a quest to catch up with the traitorous General Brand, who remains one step ahead of Sam at every turn. The road is long, and there is oh so much to see.