Sam & Max: This Time It's Virtual soundtrack on Bandcamp 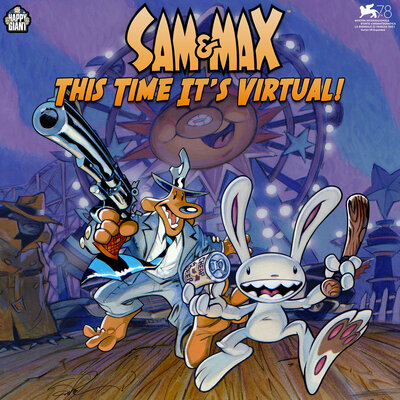 Based on the "Sam & Max" comic book series by Steve Purcell, the VR title incorporates concept art by LucasArts' Peter Chan, and features an original music score by Jared Emerson-Johnson of Bay Area Sound. The ten-track digital soundtrack is available for purchase through Bandcamp.

The VR action-adventure game features the bewilderingly durable comic book duo in either their fourth, seventh, or twentieth video game outing (depending on how you’re counting). After decades of rescuing bigfoots, playing games of high-stakes poker against B-List celebrities, and preserving reality from cosmic nogoodniks, the world-renowned dog and rabbity thing are on a recruitment drive to fatten up the ranks of the Freelance Police… and they’ve come to you for help!

Rock 'n' Sonic The Hedgehog: Sessions rolls out on Spotify