Portal 2: Songs To Test By soundtrack teleports on streaming platforms 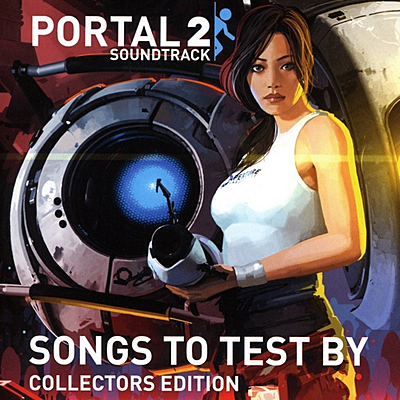 All three volumes of the Songs To Test By: Portal 2 soundtrack album by Mike Morasky of Aperture Science Psychoacoustic Laboratories, along with numerous ringtones, are available for free download in mp3 format through Valve's Thinkwithportals website.

Portal 2 is available for Windows, Mac and Linux, along with Xbox 360 (with Xbox One backward compatibility) and PlayStation 3. The four-hour, 77-track soundtrack is streaming on Amazon Music, Apple Music and Spotify.