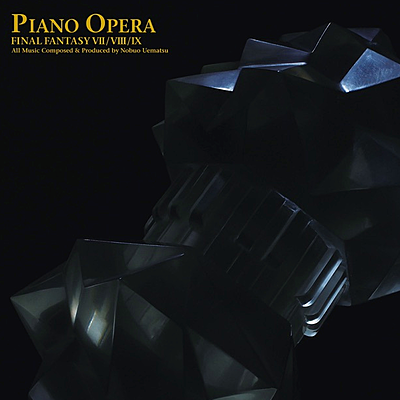 Produced by series composer Nobuo Uematsu in April of 2014, the compilation includes twelve piano pieces performed by Hiroyuki Nakayama, arranging music from the Sony PlayStation role-playing game trilogy. Piano Opera's pieces include "Cosmo Canyon" and "Opening ~ Bombing Mission" from Final Fantasy VII, "The Man with the Machine Gun" and "Liberi Fatali" from Final Fantasy VIII, and "Not Alone" and "Melodies of Life" from Final Fantasy IX.

Excerpts from the thirteen-track album and recordings from Nakayama's live recital at E3 2014 are streaming on YouTube, courtesy of the publisher. The compilation is available for streaming through Apple Music in Japan.


From the product pages:

Final Fantasy VII: The world has fallen under the dominion of the Shinra Electric Power Company, a sinister corporation that has monopolized the planet's very life force as Mako energy. In the urban megalopolis of Midgar, an anti-Shinra rebel group calling themselves Avalanche have stepped up their campaign of resistance. Cloud Strife, a former member of Shinra's elite SOLDIER unit now turned mercenary, lends his aid to the rebels, unaware that he will be drawn into an epic battle for the fate of the planet, while having to come to terms with his own lost past.

Final Fantasy VIII: The Republic of Galbadia, under the influence of the sorceress Edea, mobilises its great armies against the other nations of the world. Squall and other members of SeeD, an elite mercenary force, join hands with Rinoa, a resistance fighter, to fight against Galbadia's tyrannical rule and to prevent Edea from fulfilling her ultimate goal.

Final Fantasy IX: Zidane and the Tantalus Theater Troupe have kidnapped Princess Garnet, the heir of Alexandria. To their surprise, however, the princess herself yearned to escape the castle. Through a series of unusual circumstances, she and her personal guard, Steiner, fall in with Zidane and set out on an incredible journey.

Zone of the Enders Remix Edition launches onto Apple Music