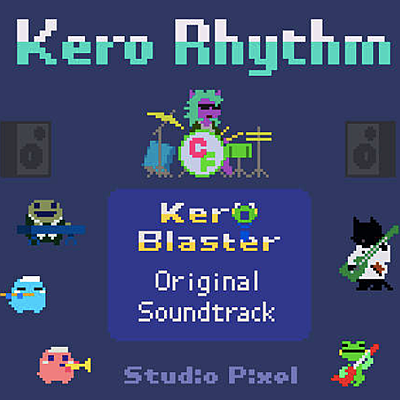 The Kero Rhythm album is composed by Studio Pixel's Daisuke Amaya, aka Pixel. Comprising a total of 32 music tracks, all compositions were coded through PxTone, a freeware music editing program developed by Amaya and utilized in the creation of his influential platformer Cave Story.

You are a bipedal frog and master of the Custodial Sciences, charged with the unenviable task of ridding your company's teleporters of the strange black creatures plaguing them. Pick up all kinds of exciting new tools of the trade while fighting for your life through a menagerie of unique monsters.