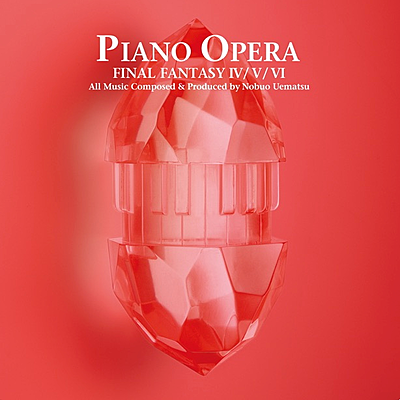 Having debuted in Japan on compact disc in May of 2012, Square Enix's arrangement album "Piano Opera Final Fantasy IV/V/VI," is shipping domestically through CDJapan.

A trailer and excerpts from the piano album, composed and produced by Nobuo Uematsu, are streaming on YouTube, courtesy of the publisher. The digital release is streaming on Apple Music in Japan.