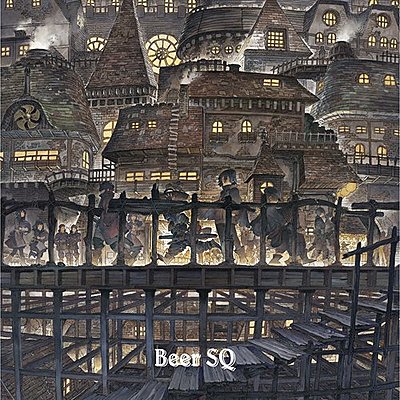 Beer SQ's compact disc release is available for purchase domestically through CDJapan, while the digital edition is streaming on Apple Music in Japan. From the product page:

The seventh installment in the SQ remix series features new arrangements suited for a nice and easy night at the pub. Includes music from Chrono Trigger, SaGa Frontier, Live A Live, and the Final Fantasy series. From Irish to country, jazz to hip-hop, this collection has it all...