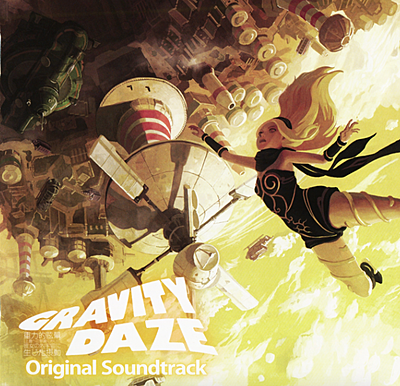 Tokyo-based record label Team Entertainment published the soundtrack to Gravity Rush on compact disc in March of 2012. The two-disc album ships through CDJapan under the Japanese title "Gravity Daze."

The 47-track music score is available for streaming through Amazon Music. The Gravity Rush Remastered digital soundtrack can be purchased on the PlayStation Store.

Gain a new perspective as you take on the role of Kat, a strong-willed girl seeking the means to protect her future in a world that’s crumbling to pieces. Tilt and move the PlayStation Vita System, taking gravity into your own hands to deliver devastating attacks, uncover the secrets to your past and explore a mysterious world. Move The World Around You: Manipulate gravity to help you move around, shifting your perspective and enhancing your actions to complete dozens of missions spanning several worlds.