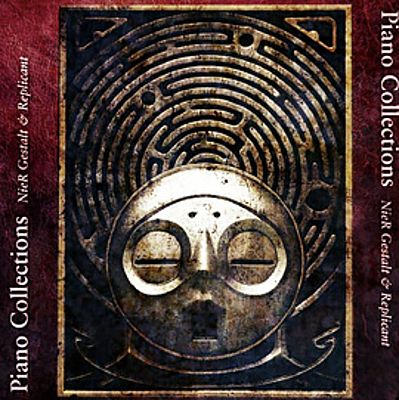 Square Enix first published the arrangement album "Piano Collections NieR Gestalt & Replicant" to compact disc in Japan in March of 2012. Developer Cavia's PlayStation 3-exclusive NieR Replicant follows the events of the fifth ending of Drakenard, and takes place prior to the storyline depicted in NieR Automata.

An alternative depiction of the same events, entitled NieR Gestalt, received an English-language localization in 2010 for the Xbox 360 console, featuring a middle-aged man as the protagonist. Tasked with protecting his ailing daughter Yonah, the choice of main character, in contrast to Replicant's young male protagonist, was intended to appeal to a Western audience.


In March of 2020, Square Enix announced their forthcoming high-definition enhanced port of Replicant, in the works at developer Toylogic. Codenamed version 1.22474487139, the remaster is due out November 23, 2020 for Windows, PlayStation 4, and Xbox One, featuring added content, such as additional music from series composer Keiichi Okabe.

Excerpts from the album are streaming on the Japanese digital distribution platform Ototoy. The full piano compilation is streaming on the Spotify service. A teaser trailer for the NieR Replicant enhanced port can be viewed on YouTube, courtesy of Square Enix.

Nothing is as it seems in Square Enix’s latest action adventure game, set in a crumbling world plagued by disease and dark, unrecognizable creatures. Players assume the role of the unyielding protagonist, NIER, resolute in his quest to discover a cure for his daughter, who is infected with the Black Scrawl virus. With powerful allies and a mysterious book, NIER encounters things that will confound even the mightiest of warriors.