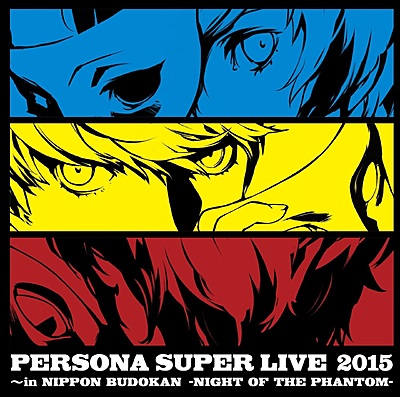 Recordings from the Persona Super Live 2015: Night of the Phantom concert, performed at the Nippon Budokan venue, are now available for streaming on Spotify and Apple Music.

Music from the concert is performed by vocalists Yumi Kawamura, Lotus Juice, Shihoko Hirata and composer Shoji Meguro. A trailer for the concert Blu-ray can be viewed on YouTube, courtesy of distributor HMV Japan. The DVD release is available for purchase domestically through CDJapan.