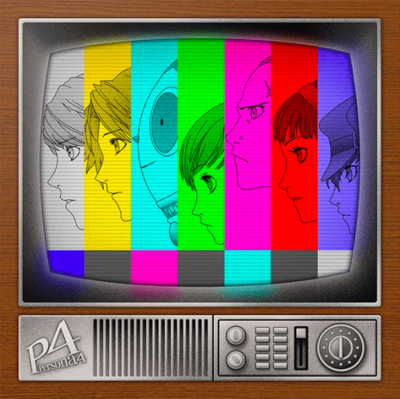 Available separately, the four-disc Persona 4 vinyl soundtrack selects music tracks composed by Shoji Meguro, Atsushi Kitajoh and Ryota Kozuka for the PlayStation 2 title. Scheduled for shipping in Q3 2022, the box set is decorated with album art by Drew Wise and includes a sticker sheet and postcard. Preorders are open through the publisher, along with distributors iam8bit Asia and iam8bit Japan.

Widely regarded as one of the greatest OSTs of all-time, iam8bit is absolutely thrilled to collaborate with Atlus to bring the sounds of Persona 4 to vinyl. In stark contrast to P3’s more melancholy tunes, P4 is strikingly upbeat, consistently drenching the listener in “retro pop” feels — a highly enjoyable curation that can seamlessly loop in the background for eternity.

The narrative device of dimension-rifting through TVs is lovingly translated to this premium box set design, which houses four spectacular LPs featuring fan favorite classics like, “Pursuing My True Self,” “Signs of Love,” “I’ll Face Myself -Battle-,” “Reach Out to the Truth,” “Heaven,” and the list goes on and on and on. This is an absolute “must have” release for video game music fans.