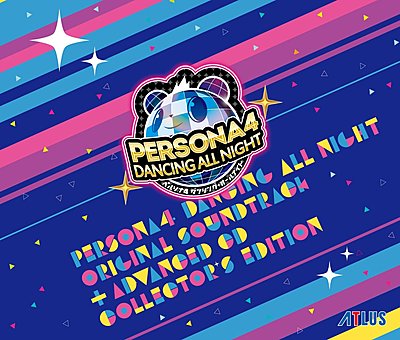 The 50-track digital soundtrack to rhythm game Persona 4: Dancing All Night, along with an additional 17-track collection, are now available for streaming on Amazon Music, Spotify and Apple Music.

The "Advanced CD" compilation and a three-disc Collector's Edition were first published in July of 2015, following the release of the Playstation Vita edition of the Persona 4 spinoff. In 2018, an enhanced port made its way to the PlayStation 4 console. The soundtrack CD ships through CDJapan.

Will you waltz your way through the levels, or will you miss a beat and end up in defeat? Persona 4: Dancing All Night features mixes of fan-favorite themes and new music tracks. Music, rhythm, and motion combine to test your skills in a disco-fueled dance battle