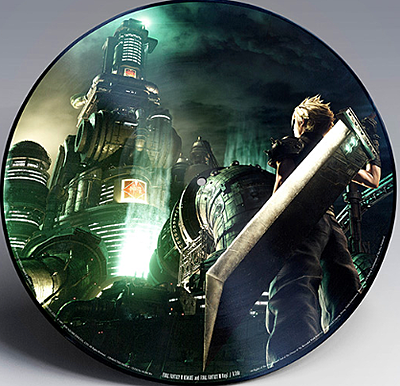 Music from Final Fantasy VII is streaming on Spotify. Trailers for the vinyl release can be viewed on YouTube, courtesy of the publisher.

In Midgar, a city controlled by the mega-conglomerate Shinra Inc., the No. 1 Mako Reactor has been blown up by a rebel group, Avalanche. Avalanche was secretly formed to wage a rebellion against Shinra Inc., an organization which is absorbing Mako energy, destroying the natural resources of the planet. Cloud, a former member of Shinra's elite combat force, Soldier, was involved with the bombing of the Mako Reactor. Can Cloud and Avalanche protect the planet from the huge, formidable enemy, Shinra Inc.?