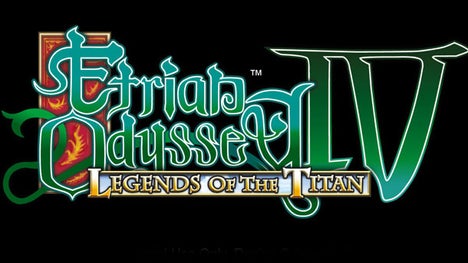 The digital soundtrack for Nintendo 3DS dungeon crawler Etrian Odyssey IV: Legends of the Titan is now available for streaming through YouTube Music and Spotify.

The role-playing game series developed by Atlus centers on dungeon exploration through a polygonal first-person perspective, punctuated by random turn-based battles. Etrian Odyssey IV adds three-dimensional models for battles, along with airship travel, with higher altitudes explorable as the game progresses. As with previous installments, players are tasked with manually mapping out the environs using the stylus and touchscreen.

For centuries, the tree Yggdrasil has been a constant presence in the lives of the people of Tharsis. It looms on the horizon, visible from everywhere in the city. But its roots are in a far-off land where no one has ventured until the Outland Count of Tharsis sponsors an Explorers Guild to reach Yggdrasil and discover its secrets. You are the latest explorer arriving in Tharsis to seek your fame and fortune. Board your skyship and set out into the clouds in search of treasure, glory, and the answer to Tharsis’ oldest mystery. You are only as good as your map and your heroes. Celebrate the tradition of classic pen and paper roleplaying games by using the bottom touch screen to chart out your path and the dangers you have encountered.

Time flies amazingly, and it's been 10 years since the Etrian Odyssey 4 was released, where the music was changed from the FM sound to the real band for the soundtrack, which is also a significant point that defined my recent music style😁 https://t.co/zISywfaXqI