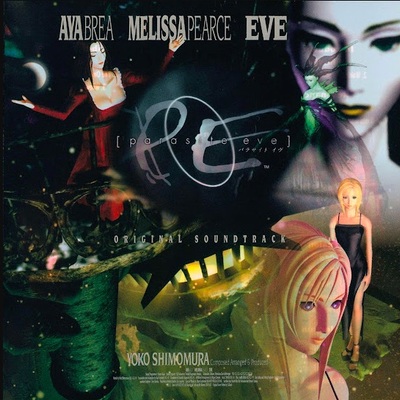 In time for Halloween, the soundtrack for the classic horror-themed role-playing game Parasite Eve is now on streaming services, alongside the Parasite Eve Remixes arrangement album.

Parasite Eve for PlayStation was directed by Takashi Tokita and produced by Hironobu Sakaguchi. Protagonist Aya Brea, a rookie cop at the NYPD, attends the opera on Christmas Eve and witnesses a destructive display of paranormal powers by the actress Melissa Pearce.

The first physical release of the soundtrack arrived on two discs in 1998, featuring music by composer Yoko Shimomura and vocals by Shani Rigsbee and Judith Siirila. Reflecting the ambitions of the developers to create a cinematic experience, the soundtrack cover is patterned after a Hollywood movie poster.

Both albums are streaming on Amazon Music Unlimited, Spotify, and YouTube Music.

The Parasite Eve soundtracks are both now on Spotify, it took long enough pic.twitter.com/JM0HTYG425