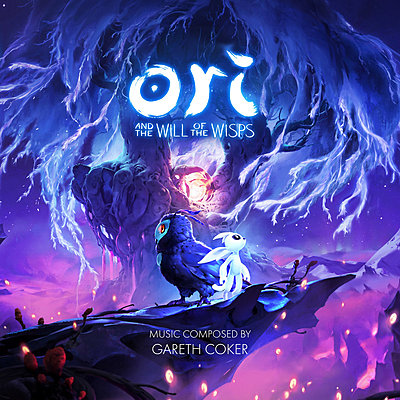 The Ori and the Will of the Wisps double vinyl soundtrack is available for purchase through iam8bit Japan. The 180-gram black audiophile vinyl set features music by series composer Gareth Coker and original cover art by Erin Vest.

Serving as a continuation to the events depicted in Ori and the Blind Forest, the action role-playing game by Moon Studios is available for Windows through Steam, Xbox One and Series X|S, and Nintendo Switch. The entire music score can be previewed on the Xbox YouTube channel.

Ori Collector's Edition for Nintendo Switch ships Q4 2021 from iam8bit, bundling physical editions of both games and digital soundtrack downloads. The Ori and the Will of the Wisps digital soundtrack album can be purchased through Bandcamp and Steam, and is streaming on Amazon Music, Spotify and Apple Music.

From the creators of Ori and the Blind Forest comes the highly-anticipated sequel, Ori and the Will of the Wisps. Embark on an all-new adventure in a vast and exotic world where you’ll encounter towering enemies and challenging puzzles on your quest to discover Ori’s true destiny. Immerse yourself in a hand-crafted narrative experience with deeply emotional storytelling, strikingly beautiful environments, and a stunning soundtrack.

iam8bit Japan - オリとウィスプの意志 / ORI AND THE WILL OF THE WISPS 2XLP