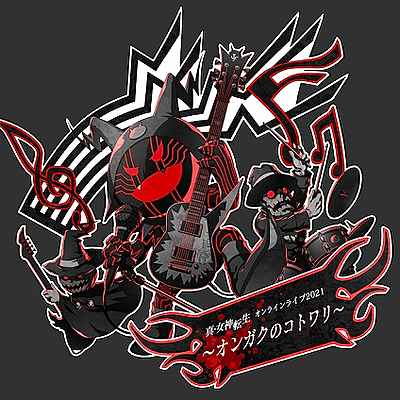 Publisher MAGES' publication of the "Shin Megami Tensei Online Live 2021" compact disc release is slated for May 26 in Japan. A seven-minute trailer for the 2-CD publication, showcasing footage from the concert, can be viewed on the publisher's YouTube channel.

Streamed over the internet on March 26, the performance largely centered on music from Shin Megami Tensei III: Nocturne. Composers Shoji Meguro and Ryota Kozuka gave brief presentations between chapters of the concert.