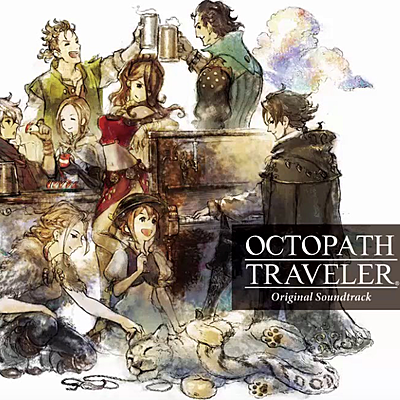 The Octopath Traveler digital soundtrack is available for streaming on Apple Music, Spotify and Amazon Music. The four-hour music score is composed by Yasunori Nishiki.

Developed by Square Enix and Acquire, the role-playing game employs a distinctive visual aesthetic described as "HD-2D." The graphics combine sprite-based two-dimensional character art and three-dimensional polygonal terrains. There are eight adventurers' paths to choose from, four male and four female, playable in any order.

Octopath Traveler is available for Windows through Steam, Nintendo Switch, and Xbox One. The 4-disc CD release ships through CDJapan. Square Enix's second "HD-2D" title is in development for the Nintendo Switch, under the working title "Project Triangle Strategy."

Eight travelers. Eight adventures. Eight roles to play. Embark on an epic journey across the vast and wondrous world of Orsterra and discover the captivating stories of each of the eight travelers. Play as eight different characters, each with their own stories to uncover and side quests to complete...