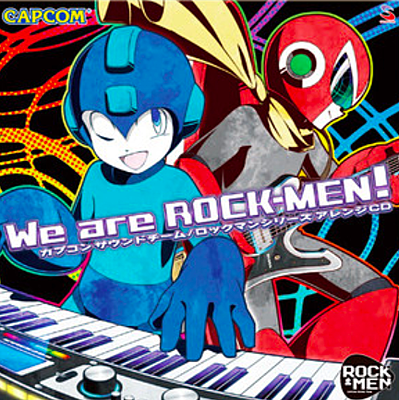 Capcom's 2011 arrangement album "We are ROCK-MEN!" by Masahiro Aoki and Yasumasa Kitagawa is available for purchase on Steam and streaming online on Spotify.

The album trailer can be viewed on YouTube, uploaded by the Game*Spark publication in Japan. The second volume of the "We are ROCK-MEN!" album series is also available through the digital music platforms.

Steam - We Are ROCK-MEN!

For those about to rock, we salute you.

Ten Mega Man Sound Collections and both "We are ROCK-MEN!" albums are available now on Steam! Original tracks and 32-bit era arrangements are included for all your favorite songs (and also Wood Man's stage).