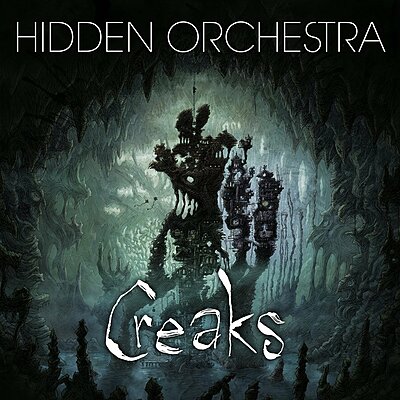 Hidden Orchestra's Joe Acheson of Brighton, England has posted a video to YouTube featuring cellist Rebecca Knight performing "One and One" from the puzzle platformer soundtrack. The composer performs piano, bass, analog synth, flute and percussion on the game soundtrack. Other players include Tim Lane and Jamie Graham on drums, Poppy Ackroyd on violin and Tomáš Dvořák on clarinet.

Creaks is available for Windows, Nintendo Switch, PlayStation 4, Xbox One and iOS devices. The digital soundtrack can be purchased on Bandcamp and Steam, with excerpts streaming on SoundCloud.

From the creators of indie classics Machinarium and Samorost comes Creaks, a new puzzle adventure game that delights the senses with its hand-painted visuals, precise animation, eerie sounds, and an eclectic original score from Hidden Orchestra. Proceed at your own pace at figuring out the solutions to dozens of carefully designed puzzles, explore the mansion for hidden paintings and uncover the great secret.

Joe Acheson aka @HiddenOrchestra (Creaks OST) just launched his YouTube channel with a great new video! Make sure you subscribe🎶

It's Rebecca Knight performing One and One, an infinite generative canon taken from the soundtrack to #Creaks.