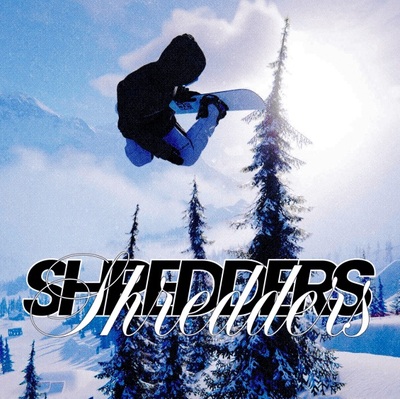 FoamPunch will publish the PlayStation 5 edition of snowboarding title Shredders on Tuesday, December 6th. The multiplayer snowboarding game is created by FoamPunch, a joint venture between development studios I-Illusions in Belgium and Let It Roll in Sweden.

Shredders takes inspiration from winter sports movies, the Xbox Amped game series, and athletes' posts on Instagram. Right off the bat, players start off in a lobby with four other random people, while private sessions allow for inviting up to fifteen friends.

Featuring twelve music tracks, "Nowhere, Now Here: Music Made for the Game Shredders" by Belgian producer Jennifur is streaming on SoundCloud and available for purchase on Bandcamp. The album is described as a mix of soft electronics and ambient with heavier dance music, mastered by Frederik Tack at At-tack studio.

Shredders is currently available for Xbox Series X|S and Windows through Steam. The PS5 launch trailer can be viewed on YouTube.

Break into the snowboarding event of the year in the hope of scoring a wildcard entry to an exclusive invitational. To prove you’re up to the challenge, master the art of park riding, buttering, rails, and massive kickers and earn your place in the world of snowboarding.

Jennifur · Nowhere, Now Here (music made for the game Shredders)

🏂 Prepare yourself for the next winter season with Shredders, coming to PlayStation 5 on December 6, 2022. pic.twitter.com/4MqV4rDAnu