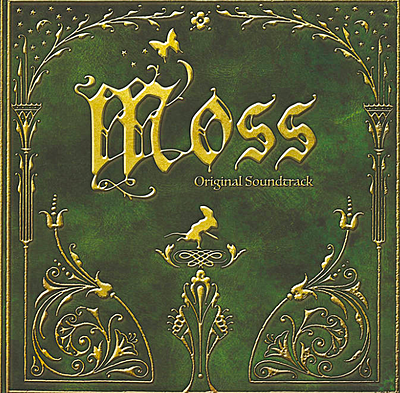 Developed by Polyarc in Seattle, Moss combines first-person and third-person perspectives for varying puzzle gameplay. Music for the game is by Jason Graves, whose previous game scores include Dead Space and Tomb Raider (2013).

The pastoral music score incorporates flute, oboe, Celtic harp, acoustic guitar and classical violin, and features vocals by Malukah on "Home To Me." The eleven-track Moss digital soundtrack is available through Bandcamp and Steam, and streaming on Apple Music and Spotify.

Moss Game Soundtrack on vinyl can be purchased through the Polyarc Bandcamp page. The compact disc release is available for shipping through Light in the Attic of Seattle.

In Moss, players meet Quill, a young mouse with dreams of greatness beyond the confines of her settlement. While exploring the woods, she finds a mysterious Glass Relic and an ancient magic is awakened. With her uncle now in grave danger, Quill must embark on an epic journey—and she needs you there by her side. Together, you'll travel to forgotten realms, solve challenging puzzles, and battle menacing enemies. Alone, no one can conquer what you're up against. But united, you just may defeat even the darkest of villains.

Our own Doug Burton carved out some of his time to post a @PlayStation blog on the announcement that Moss and Moss: Book II are launch titles for PS VR2. Read what he had to say about the new hardware and what to expect then playing the games on PS VR2.https://t.co/JYyBGeW2ZF