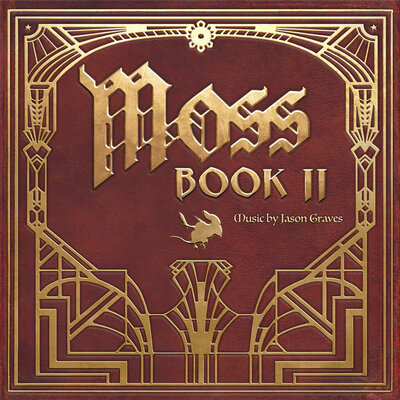 The digital soundtrack for Moss Book II, the 2022 sequel to the 2018 VR game, is now available for purchase through Bandcamp. A compact disc edition is available, and a vinyl pressing is scheduled for release in March of 2023.

The puzzle-based adventure title from Seattle developer Polyarc for PlayStation VR, Windows through SteamVR, and Oculus Quest blends first and third-person perspectives. Moss Book II carries on the adventures of Quill, as the mouse protagonist endeavors to end the merciless rule of the Arcane and bring peace to the land of Moss.

BAFTA award-winning composer Jason Graves has returned to score the soundtrack, expanding upon the pastoral themes laid out in Moss. Graves uses a baby grand piano as the ‘heart and soul’ of the score as well as also performing acoustic guitars and Celtic harp, with support from musicians Kristin Naigus on Irish whistles, flute, and oboe, Reinoud Ford on cello, and Tom Strahl on bouzouki and oud, fleshing out the instrumentation.

The CD release comes in a double digipak set, while 180-gram double vinyl release is housed in a gatefold jacket. The digital album is over 140 minutes in length and comprised of 17 tracks, with "When One Door Shuts," "The Starthing’s Way" and "The Winter Glass" previously previewed on Bandcamp.

In Moss, players meet Quill, a young mouse with dreams of greatness beyond the confines of her settlement. While exploring the woods, she finds a mysterious Glass Relic and an ancient magic is awakened. With her uncle now in grave danger, Quill must embark on an epic journey—and she needs you there by her side. Together, you'll travel to forgotten realms, solve challenging puzzles, and battle menacing enemies. Alone, no one can conquer what you're up against. But united, you just may defeat even the darkest of villains.

Here's another behind the scenes look at my score for @PolyarcGames incredible Moss: Book II. Special shoutouts to @field_of_reeds and @tstrahle for all their inspiring playing!https://t.co/NjUv6xHHqw