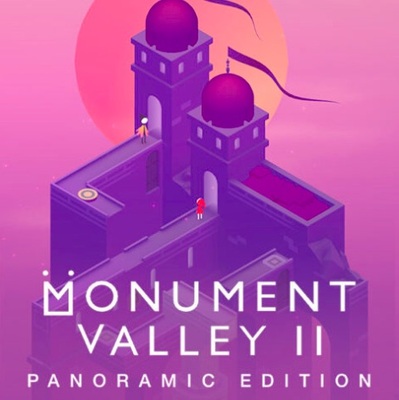 In May, Monument Valley 2+ launched for Apple Arcade. A more story-driven approach to the impossible architecture premise of the original, protagonist Ro and her unnamed daughter must navigate the paradoxical geometry of Monument Valley's manipulable landscapes in order to progress.

Meanwhile, Monument Valley 2: Panoramic Edition has been slated for release on July 12th for Windows, via Steam. The port will include all previously published downloadable content. An entirely new control scheme for both Monument Valley installments has been implemented for the "Panoramic Collection" bundle.

The soundtrack for Monument Valley 2 is by composer Todd Baker, complemented by generative audio sequences. The 26-track digital album is available for streaming on Spotify and Amazon Music Unlimited, with the "Impossible Worlds" trailer theme featured on the composer's SoundCloud channel.

Discover illusionary pathways and delightful puzzles as you learn the secrets of The Sacred Geometry. Follow the heart warming story of Ro in her journey through motherhood. Rediscover independence through manipulating monuments and evolving paths to explore new, surreal, and mysterious worlds.

Step into the new expanded world of Monument Valley: Panoramic Collection - with more intriguing impossibilities than ever before✨