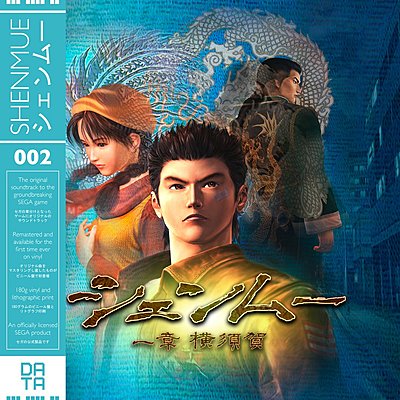 Data Discs of London has published the officially licensed vinyl edition of the soundtrack to Shenmue. The translucent light blue vinyl release is available for purchase through distributor PixelCrib in Australia.

The Sega Dreamcast open-world adventure game, set in 1986 in Yokosuka, Japan, received a high-definition remake for Windows, PlayStation 4 and Xbox One in 2018. The hand-picked selection of orchestral tracks represented on the physical release include compositions by Takenobu Mitsuyoshi (Daytona USA) and Yuzo Koshiro (Streets of Rage).

You are Ryo, a young man trying to solve the mystery of his father's death. Shenmue offers a true living world, where characters exist on their own timelines and almost all objects can be manipulated and used. Learn new hand-to-hand fighting techniques, interact with hundreds of characters and solve a myriad of puzzles. The saga begins…again.