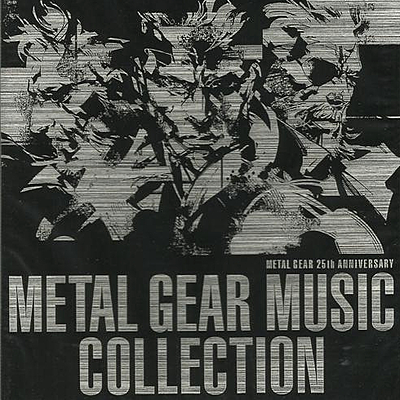 Konami commemorated the 25th Anniversary of the Metal Gear franchise in August of 2012 through the publication of a music compilation entitled "Metal Gear Music Collection."

The commemorative compact disc includes "Metal Gear Saga," "Here's To You" and "Heavens Divide" from Metal Gear Solid 4: Guns of the Patriots, along with medleys of themes from other titles in the game series. A new arrangement of "Love Theme" by Nobuko Toda from Guns of the Patriots features vocalist Jackie Presti, with lyrics by designer Hideo Kojima.

The City of Prague Philharmonic Orchestra performs Metal Gear Solid 4 and Peace Walker medleys, both arranged by Toda. A Metal Gear Online medley features compositions by Akihiro Honda. "Heavens Divide" features vocalist Donna Burke, with music written by Honda and arrangement by Toda. The album is rounded out by a Peace Walker medley by Kazuma Jinnouchi, Honda and Toda.

Windows ports of Metal Gear, Metal Gear Solid and Metal Gear Solid 2 Substance launched in September of 2020 through GOG.com, as part of the distributor's restoration project for classic Konami games. Excerpts of music from the 25th Anniversary compilation are on YouTube, courtesy of the Konamistyle netlabel, while the full digital album is available for streaming on Spotify and Amazon Music.