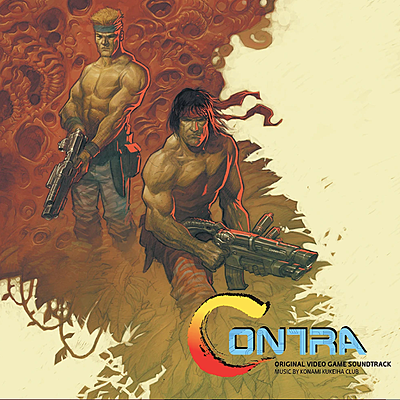 The plot of Contra differs between the Japanese release and the English-language localization. Originally, the story was presented as a science fiction drama taking place in the 27th century, in which an alien military organization known as Red Falcon travels to Earth on a meteorite, landing near New Zealand. The Western localization transported the setting to the present day Amazon Jungle, while the title harkened back to the 1985 Iran-Contra affair.