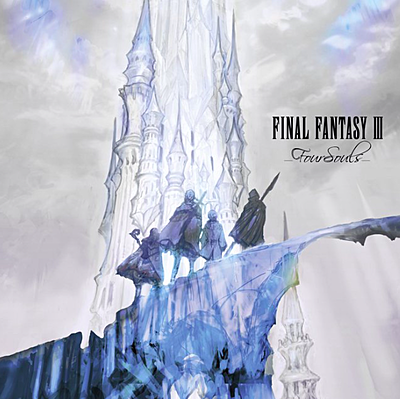 Presented in both their original and arranged forms are "Eternal Wind," "Crystal Tower," "Battle 2" and "Elia, Maiden of Water." Arrangements for the vinyl release are by YUTAKA, Rei Yamashita, Tomoyuki Asakawa, Seiji Igusa and Yuki Kishida.

The analog record ships from the Square Enix Store in North America and Europe, as well as Black Screen Records in Europe. Excerpts are streaming on digital music store Ototoy.

Turn your volume up and listen to another arrangement from the #FinalFantasy III -Four Souls- vinyl record, launching this Wednesday.

Codes to download all the tracks are also included, so you can enjoy listening even when you don’t have a record player to hand!