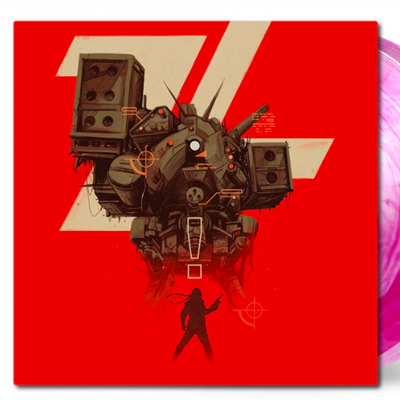 Published in Japan in 1990, Solid Snake for the MSX2 home computer is the direct sequel to 1987's Metal Gear, both directed by Hideo Kojima. Protagonist Solid Snake of the Foxhound special forces unit is tasked with exfiltrating a kidnapped scientist from behind the enemy lines of the heavily fortified Zanzibarland fortress.

The analog record set is also available through distributors Light in the Attic in Seattle, Fangamer in Tucson, Black Screen in Europe, and PixelCrib in Australia. From the product page:

Hideo Kojima's direct, chronological sequel to the original MSX2 version of Metal Gear (not to be confused with the NES, ULTRA Games version of Metal Gear, nor is this title to be confused with it's unofficial sequel Snake's Revenge), Solid Snake tells the story of our previously retired hero's infiltration of Zanziberland to rescue a kidnapped Bio-Engineer, and ultimately destroy the latest Metal Gear. Audio-wise it features a step up on audio quality from its predecessor - the soundtrack to Solid Snake is a melodic, and dynamic synth soundtrack album that is heavily inspired by the synth wave soundtracks of 80's action and horror films.