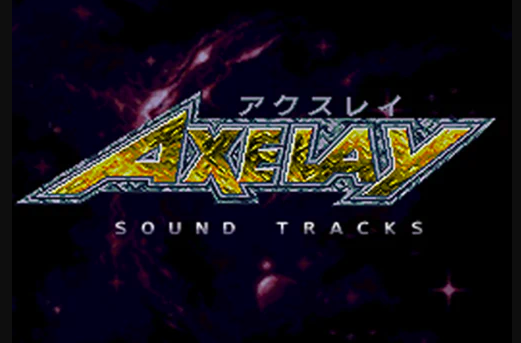 Konami first published the soundtrack to Super Nintendo shoot-em-up Axelay in October of 1992 as a compact disc.

More recently, Axelay appeared on the Wii U Virtual Console service, launching in February of 2015. The 20-track digital soundtrack album is streaming on Amazon Music Unlimited.

Mysterious aliens have invaded the earthlike planet of Corliss, slowly draining the planet’s resources. Take control of the prototype Axelay ship, and utilize its wide range of advanced weaponry to battle the enemy forces. Play through multiple stages of action ranging from other planets to space stations, all on your way to destroying the alien headquarters.

Nintendo - Axelay for Wii U