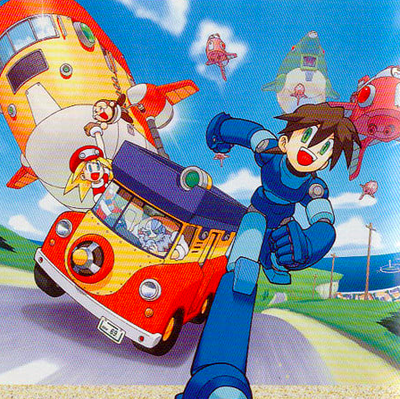 Preorders for the double vinyl soundtrack release are open at distributors Light in the Attic in Seattle, PixelCrib in Melbourne, and HighScore Records of Nantes on clear vinyl, as well as Black Screen Records in Cologne on blue vinyl.

Ship to Shore - MEGA MAN LEGENDS 2XLP (OUT OF STOCK)