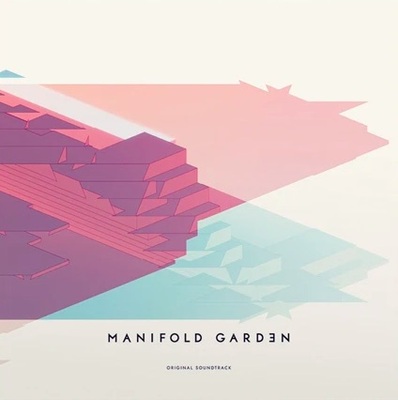 Developed by William Chyr Studio, the first-person puzzle game is available for Windows through Steam, as well as Xbox One, Xbox Series X|S, Nintendo Switch, PS4 and PlayStation 5 consoles. The digital soundtrack by Okada can be purchased through Bandcamp and Steam, and streamed online on Spotify.

Album art for iam8bit's limited edition vinyl release is by TheFourthFocus, with mastering by Townsend Mastering.

Manifold Garden is a game that reimagines the laws of physics. Rediscover gravity and explore a beautiful Escher-esque world of impossible architecture. Geometry repeats infinitely in every direction, and falling down leads you back to where you started. Manipulate gravity to change your perspective and see the world in new ways. Master the rules of the universe and restore a barren world with vegetation and life.

Our mind-bending @ManifoldGarden 2xLP is folding its way to your front door!

Its unique architectural pop-ups won it the title of Best Vinyl Gatefold at this year's Making Vinyl awards 🏆https://t.co/yk8a8BVxoE pic.twitter.com/pkgdQea08E