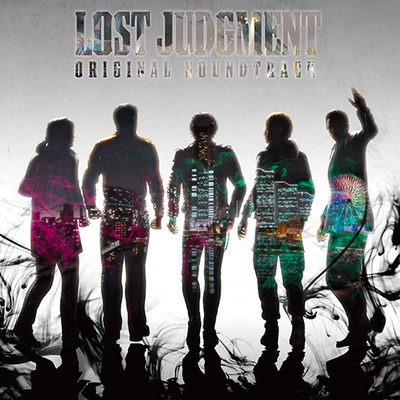 The soundtrack album for Lost Judgment by Sega is due out on September 24 in Japan on four compact discs. Selected tracks from Judgment and Lost Judgment are streaming on digital music store Ototoy.

A direct sequel to the Yakuza spin-off title Judgment, the action-adventure title is developed by Ryu Ga Gotoku Studio. Lost Jusgment stars private detective Takayuki Yagami, portrayed by actor Takuya Kimura, whose investigations in the winter of 2021 challenge him to dig up clues while exploring the streets of Yokohama and the fictional Kamurocho district.

Music for the series is by multiple artists, including Hidenori Shoji, Chihiro Aoki, Hyd Lunch, and Saori Yoshida. Theme song "Rasen" by jon-YAKITORY, featuring Ado, is streaming on Spotify. The 4-CD soundtrack album includes 107 music tracks with a total runtime of 239 minutes.

Put Yagami’s distinct martial arts forms to the test in order get to the bottom of the case. Harness the Crane, Tiger, and new Snake stance, a graceful style that can deflect and return an opponent’s strikes, using their energy against them. Employ Yagami’s arsenal of detective tricks with new gadgets, stealthily tracking suspects, and crafty methods of infiltration. Leave no stone unturned in pursuit of the truth as you take on cases in both Tokyo and Yokohama...

"There’s been a realization that to have global appeal, Japanese developers just have to be themselves, and Western publishers of that content have to let them do that" https://t.co/qH57seq52E