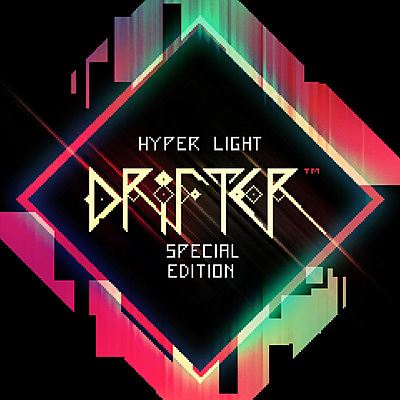 The 180-gram vinyl set, masteted by Dave Gardner, comes with the digital soundtrack. Shipping is scheduled for Q3 of 2022. Preorders are also available through European distributor Black Screen Records.

Hyper Light Drifter Collector’s Set for Nintendo Switch ships from Abylight Studios, bundled with two soundtrack CDs, a 24-page manual, and a full color poster. The 28-track digital soundtrack album is available for purchase through Steam and Bandcamp, as well as streaming on Apple Music.

Echoes of a dark and violent past resonate throughout a savage land, steeped in treasure and blood. Hyper Light Drifter is an action adventure RPG in the vein of the best 16­bit classics, with modernized mechanics and designs on a much grander scale.

One of our MOST-requested represses of all-time is back! Pre-orders for the Hyper Light Drifter Vinyl Soundtrack are NOW LIVE.

LSD Revamped triple vinyl ships from Light in the Attic