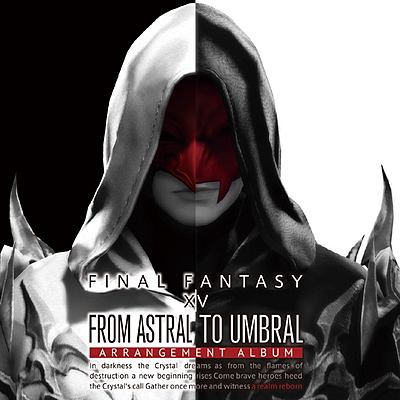 From Astral to Umbral's Blu-ray release is available purchased through the Square Enix online store for North America. The digital soundtrack is available in Japan, for purchase on Ototoy and for streaming through the Apple Music platform. A crossfade trailer can be viewed on YouTube, courtesy of the publisher.

The town and field BGM were arranged into piano pieces, and Primal battle songs into rock band arrangements. Composer Masayoshi Soken hand-picked and produced every song in this album. Also, this album is recorded on a Blu-ray disc, and the sound quality is a high-res, 96khz/24bit. The piano pieces are featured in 48khz/24bit 5.1 surround sound, which include a multifaceted sound you wouldn't normally hear out of a stereo recording...