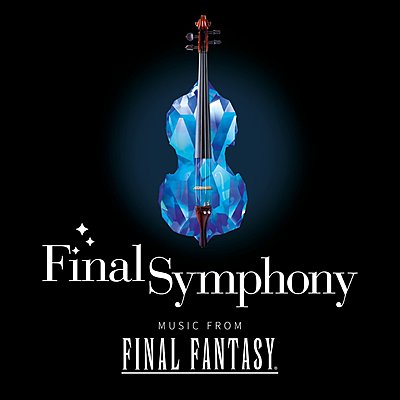 Orchestral album "Final Symphony: Music From Final Fantasy" is available for streaming Apple Music and Spotify. Recorded by the London Symphony Orchestra at Abbey Road Studios, the Blu-ray disc is available for purchase domestically through the Square Enix store for North America.

Excerpts of the concert's orchestral renditions of music composed by Nobuo Uematsu are on YouTube, courtesy of the publisher. The deluxe double CD release ships from publisher Laced Records in London.

The Square Enix game music orchestra concert, 'Final Symphony - Music From FINAL FANTASY VI, VII and X' has been performed around the world since 2013, and we are now pleased to breathe new life into these incredible songs.

This Blu-ray music disc features a full re-recording by the world-renowned London Symphony Orchestra in cooperation with Abbey Road Studios, including beloved songs from FINAL FANTASY VI, VII, and X. The orchestral arrangements are recorded in high-resolution sound, which can also be enjoyed in 5.1-ch. surround sound.

Kaze and the Wild Masks soundtrack on Spotify and Steam