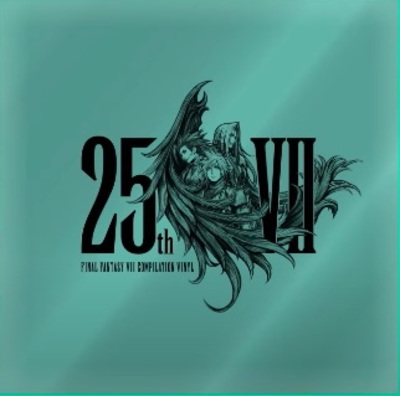 Today's 25th Anniversary Celebration livestream for Final Fantasy VII served to announce the Final Fantasy VII Compilation Vinyl, due out on August 11th in Japan. Domestic preorders have opened at the Square Enix store for North America and Europe.

Composer Nobuo Uematsu's score for the influential 1997 role-playing game is revisited in the analog record release. The track list covers "Tifa's Theme," "Barret's Theme," "Red XIII's Theme," "Main Theme of FINAL FANTASY VII," and "Cait Sith's Theme" on Side A, along with "Descendant of Shinobi," "The Nightmare Begins," "Cid's Theme," "Aerith's Theme," and "One-Winged Angel" on Side B.

Also announced during the broadcast were a new arrangements collection on compact disc and 25th anniversary playlists for streaming platforms. Music from Final Fantasy VII is available for streaming on Spotify and YouTube Music.

An analog record containing the character theme songs from FINAL FANTASY VII, which celebrated its 25th anniversary, is now available exclusively from the official store! The luxurious package features a large 25th anniversary logo illustrated by Tetsuya Nomura. A music download code is enclosed with the product, so you can play the tracks even if you do not have a record-playing device.

This week in videogame music in review: