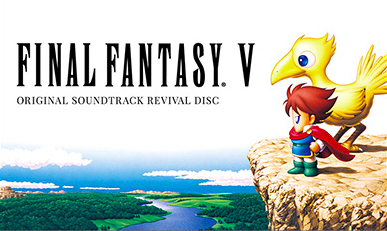 The Blu-ray player compatible disc allows for playback of over sixty music tracks from the Super Famicom role-playing game, first published on December 6th of 1992 in Japan. Final Fantasy V debuted in English language regions with the PlayStation release in 1999.

The Final Fantasy V Revival Disc Blu-Ray is currently available for purchase through distributors CDJapan and Play-Asia. A crossfade trailer can be viewed on YouTube, courtesy of the publisher. An unboxing video of the music Blu-ray can be viewed on the CDJapan YouTube channel.